These are the various short stories that help to develop the world of the Illumination Cycle. Through them, I test out ideas, I explore parts of the world, and experiment with different story ideas.

The genesis of this the universe. A simple short story, the first I ever wrote, that was intended to be a one-off. But the magic system I made with jewels powering magical machines (jewelchines) was evocative and demanded more explorations. The system is less refined and developed so the way jewels work is not canon, but the story is. 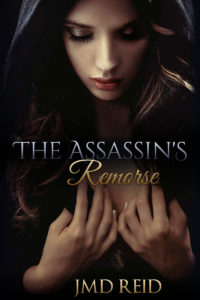 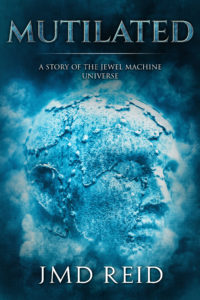 He could only save one girl.

Kan hurries through the desert at night, carrying his burden: the girl. The only one he could save from the University’s cruelty. Monstrous hounds and twisted soldiers pursue them. Creatures twisted through foul magics into abominations.

It will take every skill Kan possesses to see the girl’s survival. He couldn’t save the others, but he will save her from torture and suffering. He isn’t a hero.

He is only mutilated.

Kan faces his death to give her a chance at life. Will he save the girl? Or will the abominations cut him down and take her.

You have to read this action-packed, fast-paced fantasy short to find out! 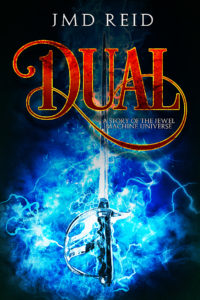 Taim knew he would die and fought anyways!

To avenge his fiancee’s honor, Taim steps onto the dueling grounds. He has never possessed great skill with the sword. Everyone, even his lady love, fears he will die.

He does not care. He will prove Ōbhin’s villainy before the people of his nation. Sword gripped in sweaty hand, he steps out on the dueling sands to find justice.

But truth and justice seldom travel together. Especially when sword clashes with sword.

In the duel for his life, Taim will uncover the truths swirling about his life. His blade will cut through the duality of deceit and honesty. Will he find the justice he seeks? Or will his life spill out upon the hungry ground?

You have to read this exciting, fantasy short story that delves into the truths hidden in the darkness!

This story marks the first appearance of No One, the shape-changing assassin. I used this short-story to develop this character and the city of Kash while doing the prep-work for Jewels of Illumination. 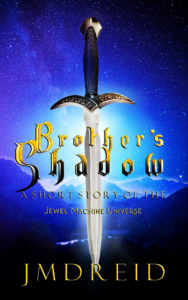 Two brothers risk all for the big score!

Two brothers have a plan to make it big. With their skills and their magical tools, they plan on robbing the richest man in Kash. With cunning and skill, Phred and Nayton will execute their crime with skill.

But what happens when they find in the vault?

Phred will do all to protect his little brother. This is their chance for a better life. With brash daring, he will risk all to defeat the vault’s guards with his magical tools.

Will he and his brother prevail?

Or will Phred’s own shadow betray them?

You have to read this exciting, fantasy adventure!

I wrote this short story to develop the concept of the Bloodfire, unemotional warriors who have fire instead of blood. It also was when I was developing the backstory of the White Lady and her companions.

Chained to obligation, tethered to society’s expectations, what future is there? How can a life burn free? Where passions blaze, only one oath is sacred.

One oath to give yourself utterly to the passion of flames.

Seeing his future laid out before him, can he make the one choice to find freedom?

Will he survive the flames?

Fans of imaginative fantasy stories will enjoy this short story because of the character’s quest for freedom.

A short story that I used to develop how the summoning of demons works and to explore one of the Eight Demonic Races.  It also is where I developed the tomb lords and marks the necromancer Dje’awsa’s first appearance.

A demon is thrust into war!

Kee’mab just wants to provide for her mate and their offspring. She’s a hunter, prowling the swamps and rivers of her world. Rumors buzz through the marsh.

The Song has returned.

The dread Singers need Kee’mab’s people for their cruel wars once more. Caught up in the grip of summoned magic, she’s thrust into a dense jungle where monstrous scorpions and undead skeletons fight against her summoners.

Called Demon, she’s forced to fight for her life. Bewildered, scared for her mate and children, she has no choice but to kill. If she doesn’t survive, she’ll never see her family again.

Will she survive the madness?

You can read this story for free!

A five-part short story series that I used to develop the Forbidden Kingdom, the Songblade Knights, and one of the Demonic Races that appear in Jewels of Illumination. This is the prequel for a planned series of novels.

What is the foundation of courage?

Lamahavi, a young soldier’s wife, is nervous about her new life. Her husband, a Songblad Knight, is being sent to the most dangerous post in the Forbidden Kingdoms.

A rent to protect the world from demons.

She’ll discover what the foundation of courage is when they’re attacked on the way. Three demons have slipped past the watch. She’ll need to find that secret or she’ll never survive.

You have to read this exciting, fantasy tale because of the great characters and the truth of courage!

Part 2: Death is Not the End

Part 3: The Beauty of Life

Part 4: The Tragic Purpose of Life