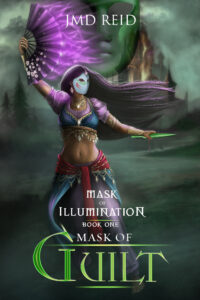 We all wear masks…

…to hide from our guilt.

Lady Foonauri is on the far side of the world. Her life of indolence and chasing wealth has left the young noblewoman empty inside. She wears a mask of happiness while she weeps inside for the two men she loved.

One man, however, sees her more than a beautiful ornament. He sees a woman who can change the world. Onyx offers Foonauri a new mask to wear and the chance to do something meaningful with her life. To be a thief and steal a dangerous artifact before it falls into dark hands.

Is this Foonauri’s chance to take off her mask of guilt and find purpose in her life? Will being a thief who takes her destiny in her own hands bring her peace?

Or is she entering a world that will swallow her whole?

You’ll be captivated by this exciting fantasy story because of the passion and drive of its characters will keep you reading!

When vengeance is worn…

Lady Foonauri has become Jade, a thief stealing to make the world better. A member of the Cracked Gems, they are reeling from the betrayal of one of their numbers. But they have people to help. A crime boss to halt.

When a job goes bad, Jade comes face to face with the traitor. Garnet is back, and she wants the Emerald Spear. She’ll hunt down her former allies until they hand it over.

Fear and vengeance fall upon the Cracked Gems. Jade wants to take the fight to Garnet. The traitor cannot be allowed to get away with it. She might have her magic and her skill with the sword, but the Cracked Gems have their wits.

Will it be enough?

Or will Jade’s drive for vengeance, fed by her fear, lead her group to disaster?

Treacherous princesses, deadly warriors, and religious fanatics are all arrayed against the Cracked Gems.

You’ll be captivated by this exciting fantasy story because of the honest passion of its characters will keep you reading!

Can her damaged soul…

Lady Foonauri runs from love. Driven by the guilt of her past mistakes, she doesn’t feel she deserves it. Embracing her alter-ego, the thief Jade, Lady Foonauri struggles to find new meaning. But is it enough?

Or is she deluding herself?

When she learns Prince Pharaj will be attending a meeting, Foonauri leaps to be there. The young and dashing man fills her thoughts, but she fears loving another.

Still, hope suffuses her. Conflict grips her. Will loving Pharaj fill that hole in her heart?

But danger and intrigue surround Prince Pharaj. His rival, Princess Xiona, is plotting to seize Roidan for herself. Loving Pharaj will mean new trials for Foonauri and she’ll need all she’s learned as a thief.

Will she have the courage to risk the pain of love?

You’ll be captivated by this exciting fantasy story because of the honest emotions of its characters will keep you reading! 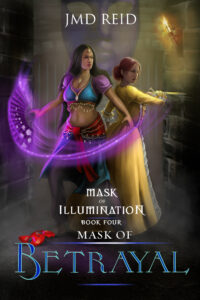 Betrayal hides behind a friendly mask!

Calamity had befallen Lady Foonauri and her king. The noblewoman-turned-thief will have to pull off her greatest caper ever. She has to steal her king out of the occupied city, and she had no idea who she can trust.

Betrayal has struck deep. There is a traitor in their midst.

With Queen Xiona’s plot to seize both thrones, Foonauri is the only hope for King Pharaj. He lies unconscious while his palace is besieged by his own countrymen. Civil war racks his kingdom and his allies dwindle.

Once more, Foonauri must don Jade the Thief’s mask to pull off her greatest caper ever!

Can she smuggle Pharaj and their friends to safety when treachery lurks the heart of one of her allies? The thief will have to use everything she knows to save the day.

Will she spot the treachery hiding behind the mask of friendship? Foonauri will be tested like she never has! 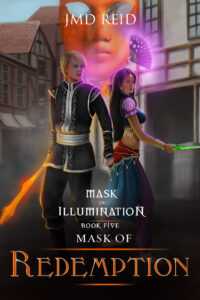 Can she rescue her lover from the grasp of a mad queen?

Roidan’s civil war has come to a bloody end. King Pharaj’s castle has fallen. Before Foonauri could return with the weapon to change the fortune of battle, her lover has been captured by Queen Xiona’s forces. Once more Foonauri has to don the mask of Jade the Thief.

She has failed to protect the man she loves, but now she has a chance for redemption. Jade will need every ally she can to save Pharaj, even one who is a traitor.

But Jade is reeling from her own emotional scars. Utyin’s betrayal and assault has traumatized the thief. Nightmares and terrors beset her. How can she save Pharaj when she can’t even trust herself?

Can Jade defeat Queen Xiona and steal back the man she loves?

Will she find redemption or failure?