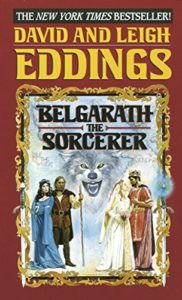 Belgarath the Sorcerer is the oldest human alive. He’s lived for 7000 years, guiding the fates of men and kingdoms for the day that Garion would come along and defeat Torak and save the world. He has endured hardship and loss in that time.

Now he tells his tale in full.

From his youth as a rural thief fleeing from the constraints of parochial society to the most powerful man alive barging into the throne rooms to berate kings, Belgarath tells it all. He’s a rogue. A scoundrel. He’s at home debating philosophy as he is drinking in a tavern. He has witnessed some of the most pivotal moments of history.

This book is fan service and I love it for that.

There are very little new things to learn here. Sure, you get more details about things you’ve heard, and Eddings is able to fill in some holes. He covers it all. His timeline fits together well. There are a few differences between narrations and what we learn in the Belgariad and Mallorean, but as we see with the followup book, Eddings put deliberate errors in. Belgarath is telling his story his way. The way he remembers it. The way he sees it.

So there might be one or two things different than you expect, but overall, there are no surprises. It is all backstory. It still has some great moments between characters, some touching scenes, and his relationship with Polgara as it develops is a delight to see how they ended up in their current state. It took care to make this book, and it shows.

Despite the fact I normally hate prequels, there is just something fun about diving back into the world of the Belgariad once more. Belgarath the Sorcerer and its sequel gave us one last chance to enjoy this fun series. It’s like visiting an old friend.

If you’re a fan of the Belgariad/Mallorean, you have to read this book, but I wouldn’t start here. This will spoil just about everything in those series since it is being written by Belgarath at the end of it. So read those amazing fantasy adventure novels first!

Belgarath the Sorcerer has Eddings wit, good humor, and delightful characters on full display. Writing irascible characters like Belgarath is something Eddings is a master of. The prose flows, the commentary from Belgarath entertains. A fantastic read! 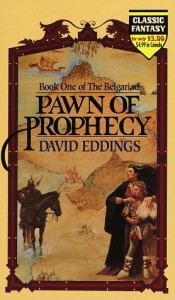 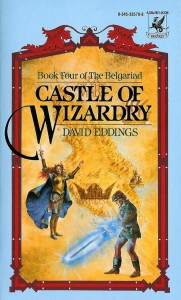 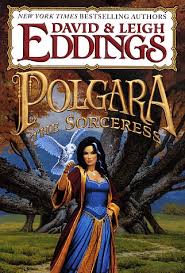 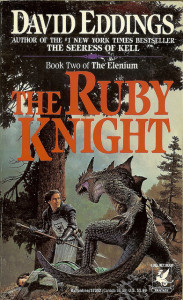