Sayings, expressions, colloquial phrases, and curses are all a part of a culture’s rich history. They can change from country to country, city to city, and sometimes even between neighborhoods. We use them without thought, peppering them into our speech. 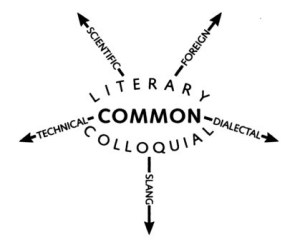 When your writing speculative fiction set in different worlds, whether it’s Fantasy, Alternate History, Sci-Fir or any other genre of fiction where you are creating a brand new world out of whole cloth, then you should consider how the inhabitants of your speculative world speak. How do they curse? How do they insult each other? What terms of endearments do they use? What colloquial phrases color their speech?

The fun of writing speculative fiction is creating new worlds and trying to make them as real to your readers as you can. So writing dialog that feels real, inspired by the tapestry of your world’s history and cultures, can enhance the verisimilitude of your world and help to draw your readers into the fantastical world that you have created. 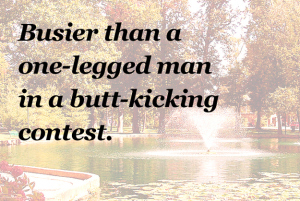 I am writing a Fantasy novel called Above the Storm. It is set in a world of floating islands above an ever churning Storm. The inhabitants travel by sailing ships that soar through the skies and upon flying beasts of burden. Some animals don’t exist in this world. It’s populated more by flying birds and fish, than by more terrestrial mammals. Weather is very important to the inhabitants. Both because a dark storm lurks below the that spawns dangerous Cyclones that ravage their lands, and because sailing is such an integral part of the universe. So the inhabitants use a lot of wind metaphors.

Be creative. Delve into your history. And don’t feel the need to explain your sayings. For instance, if a character, talking about her deceased mother says, “My ma weren’t no golden feather while she lived.” The context can tell a lot about what the character is saying. In the previous line, the character she is talking to mentioned what a terrible mother he had. The reader can infer that “no golden feather” means her mom wasn’t that great of a person either without me explaining the origin of this colloquial expression. Though a careful reader could notice earlier in the book when a story is told about the first Dawn Empress who lived two thousand years ago. She was a Luastria (bird people) and was hatched from a golden egg laid by the primary deity (Riasruo, the sun goddess). She had golden feathers, painted like the sun, and was considered a paragon of virtue. 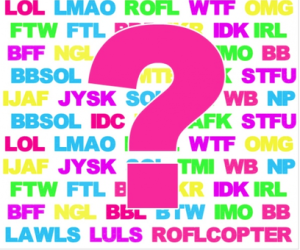 Curses and swearing can be even more fun. You might not want to drop a lot of f-bombs and s-words. For some fantasy worlds, they can work (GRR Martin), but if you’re not wanting to have such an R-rating work, you can uses curses and swear words drawn from your world building. Most curses relate to bodily functions, sexual metaphors, blasphemy (twisting something revered), and fears. If your world is populated by an ever turning Storm created by an Evil Goddess called Theisseg, your characters can say words like “Theisseg’s scrawny feathers” or “storming” or “storm-cursed.” Instead of having a character say go F yourself, they can say, “go jump into the Storm.”

Be creative. Have fun with them. Make your world feel alive with a history and culture that didn’t just start when you wrote chapter one. Half the fun of reading speculative fiction in all its fun and myriad forms is for the world building. Entering new worlds that you can get lost in and set your imagination on fire. When your readers fall in love with the world you created, you’ll began to grow the loyal fans that will want to read more about your world.

Author Nathaniel Sean Crawford has added his own ideas and examples of this idea from more popular sources than my writings. Click here to check out his article!