Hi! Welcome to this episode of the Authors in Focus Podcast. I’m James Reid, a fantasy author publishing as JMD Reid. This podcast is all about getting to know writers, their books, and what makes them tick.

I am excited to say that my second fantasy series, Secret of the Jewels, is being published. Diamond Stained is available from Amazon and is free in Kindle Unlimited. On May 5th, Book Two, Ruby Ruins, will be out.

In this episode, I’m interview Kelly Blanchard, the author of the fantasy/scifi series, The Chronicles of Lorrek. She has just relaunched her series with Fallbrandt Press and has a lot planned for her story universe with many series already written and many more in the works!

Want to listen to more indie writing podcast, you can find them at Fantasy-Focus.com

Trial of Stone (Heirs of Destiny 1)

Peloquin is back with a new story set in his universe that the Hunter and the Night Guild fill. Kodyn and Aisha, members of the Night Guild, are traveling to the City of Shalandra, escorting Briana back to her father after her kidnapping. They also have another goal: to steal the Crown of Pharus.

To achieve full membership in the Night Guild, Kodyn has to prove his worth. He has a bold idea to use his connection with Briana to get his hands on the most valuable jewels of the Shalandrans. Not only will he have to figure out how to steal the crown, but he’ll have to protect Briana from the Gathers, the cult that kidnapped her in the first place.

Meanwhile, Evren, the young thief who helped the Hunter, has been hired by the Beggar Priests to recover a deadly artifact from the hands of the Shalandrans. The church believes that their treasured Blade of Hallor is a deadly weapon similar to the Hunter’s. The church needs it stolen before a prophecy is fulfilled.

Unbeknownst to Evren and his escort, the young lad Hailen has stolen away with them. The ward of the Hunter has powers in his blood. The power of the long-dead Serenii flow through his veins. Evren will have to keep him safe while figuring out how to get his hands on the Blades.

Lastly, Issa, a poor citizen of Shalandra, has snuck into the proving fight to become a Blade of the Long Keeper, a deadly order of warriors devoted to protecting the city. They are sworn to the God of Death, drawing power. If she can survive her trial, then she will earn her position even with her low rank in the city.

She’s up against a horde of youths who all want the same thing. She’ll have to fight with not just her limbs, but with her brain. Quick wits will see her threw as much as strong arms. Will she make it?

These three stories swirl around in this fast-paced, fantasy novel. Andy Peloquin is building on the work of his last two series to have a new series. His world is large enough to hold all manner of interesting stories, and book one is off to a great start.

The story flows fast. The characters are fun. Each plot line has its own goals that, on the surface, seem to have nothing to do with each other. Peloquin guides his story well. Character decisions flow organically, and only a few coincidences get the plot going.

It’s a great, fun story that fantasy fans of all ages can read. No need to have enjoyed his earlier works, though, of course, they will only add color to this exciting tale! If you’re a fan of good fantasy, then check out Peloquin’s work! 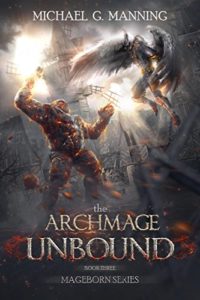 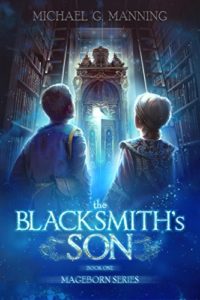