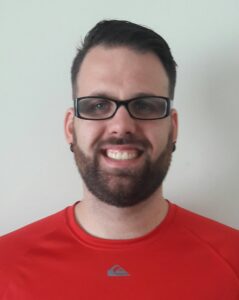 Today, I’m joined by Andy Peloquin! He is the best-selling author of the grimdark fantasy novel Assassin (Darkblade 1)! Follow him on Facebook and on Twitter. Check out his website and his books on Amazon!

Crucible of Fate (Heirs of Destiny 2)

Things are off to an explosive start. In the aftermath of the Gatherers attack on the Pharus’s palace, Briana is fully orphaned. Her father, with all his knowledge, died to save the day. Before she can even grieve, her enemies are already moving against her. How can she find revenge as she’s thrown from the house she’s always known.

Evren and Hailen are forced to come clean with their secrets as they realized that Kodyn and Aisha also plan their own theft in the city of the dead. Though the two groups are after different artifacts, all are contained in the same Serenii tomb. And thanks to Hailen’s blood, he’s the only one with a chance of unraveling those secrets.

But how can Kodyn and Aisha complete their mission with the city being thrown into chaos? The Gatherers and their death cult also have to be stopped. As Kodyn pursues his criminal contacts, Aisha has to grapple with her burgeoning powers.

The same powers that led to her father’s madness and death. Will she suffer the same fate?

Last, Issa is ordered to guard Briana in honor of her father’s sacrifice. The Blade in training will have to steal deal with the hatred of her superior who seems to want to destroy her. How can she defend Briana and maintain her brutal training regimen? A Blade has to be stronger than flesh. Will hers sustain her?

The plot threads started in the first book are all tightened here as her disparate characters are now working and fighting together. They have to figure out the Gatherer’s plans and how the priests of the Long Keeper are involved. Politics, civil instability, and prophecy that may be fulfilled by a Buddhist-like man all spin together. Peloquin drives the story forward while adding plenty of twists and turns. This book rushes forward towards its exciting climax.

If you like Peloquin’s books, then this will be a welcomed thrill. Fans of exciting fantasy need to check out this series. You don’t have to read the other books in this world (though they will only enhance your enjoyment of this series) to dive into this series.

Peloquin has created a fantastic world for his readers to explore!