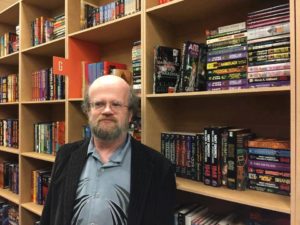 This week, I spoke with Clay again. He’s a prolific indie author writing from SciFi to urban fantasy. Now he’s got a suspense thriller with supernatural overtones coming out called Pearl. We’re going to be getting into this interesting novel today!

Check out Pearl on Amazon!

First, let’s get to know Clay with some fun, quirky questions! Part Duex! 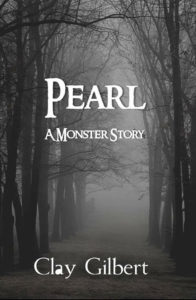 I’m not sure how little this is, but here you go.

“Run, Pearl. When you get the chance, run. And don’t stop until you’re somewhere safe.”

That’s what Dr. Steve told her to do, and when the chance came, that’s what she did.

Sirens in the dark. Rain all around; on my head, soaking through my hood.

Don’t care. Gotta get away.

And she had. She ran until the sirens were gone and the branches of the thick trees in the woods rose between her and the rain. Mostly, anyway.

And then, Pearl was alone.

In five days, that would be a year ago: a year of white squares colored in on a calendar, like a brightly-hued sidewalk between then and now.

Bright squares on a wall, and peaceful woods, all around.

It was quiet, mostly, here in the woods. Quiet meant no people, and no people meant peace.

Pearl knew some people in the world hated silence; always turning on the TV or punching at their cell phones like they were scared to be alone in their own heads.

Pearl had some thoughts in her head she didn’t like, but she didn’t mind being alone, and she could live with the silence.

The bad place she left behind was worse: the lab, with all its chains, cold cuffs for her wrists, and the cage they kept her in, like she was a prisoner instead of a girl who’d done nothing but open her eyes one day and take a breath. But the cuffs and chains had stayed the same while Pearl grew and changed, and one morning, soon after her ninth birthday, she found the bonds that were so strong when she was little weren’t so strong anymore, and she broke them, and she was free.

In her first year of freedom, the woods were quiet; a place where Pearl could be alone with her thoughts, and with the animals, and once in a while, read one of the books she’d brought from the bad place with her in her backpack, or color in one of the coloring books she’d brought from there, with crayons from a box she’d found in a dumpster near a store, the first night she was on her own.

Not found; scavenged. She liked that word better.

She’d happened upon the cabin on the third night of that first year, and, after making sure no one else was there, she’d taken a bath in the nearby lake, put on some clean clothes, eaten one of the packs of Pop-Tarts from her backpack, and fallen asleep.

Across from the cabin, Pearl saw something that made her curious: a big house, with three levels. Nobody seemed to be home the night she first arrived in the woods. The cabin was enough for her. Besides, that house looked fancy, and she thought it might have some alarms on it, like the bad place had on its doors, so that if she went too close to it, the police would come running.

I sure ’nuff don’t need that, she’d thought.

Almost a whole year had gone by since the day she moved into the cabin, and all that time, the big house across the way from it stood empty.

Pearl knew, because she kept a watch on it.

She figured as long as the big house stayed empty, it’d be more likely folks would leave her alone.

Five white squares were left on the calendar before the one she’d circled in green (October 6th, she noted, tracing the circle with her finger). That green circle marked a whole year’s worth of white squares since the day she found the cabin; squares she’d filled in with her crayons, one by one, on the last three pages of one calendar and almost the whole first nine of another.

In all that time, she and the world had passed each other by.

This morning was different.

This morning, Pearl had seen something—something that changed everything.

It was the middle of the day, when the sun was high in the sky. Most times, it was a peaceful part of the day, but not now.

Two big trucks were pulling up the driveway of the big house, where none had ever pulled up before.

Both trucks had the same thing written on them: MYSTERY CREEK MOVING COMPANY.

Pearl knew that meant whoever it was the stuff in those trucks belonged to, they weren’t just coming for a visit. They were planning to stay, and that was something she hadn’t figured on.

Neither could men with dogs. They’d tried, too.

Now all that was changing, in just one day. 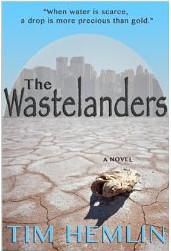