My first audiobook is out! If you’d ever wanted to try one of my stories, it is now an audiobook available from Audible.com.

If you like to hear it for FREE, then email to get a promo code! I have 25 of them! First come, first serve! 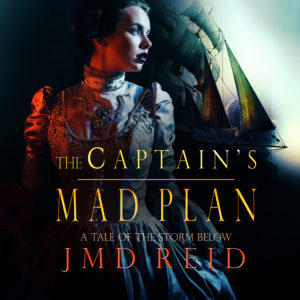 Can he survive his captain’s madness?

Once again, Varen’s flighty captain has plunged him into danger. In a den of smugglers, Varen and Captain Charele will need their wits about them.

Varen groans as Charele unveils her mad plan. With carefree enthusiasm, she throws herself into danger.

Varen is sure they’re doomed because they’re outnumbered. Facing the talons and claws of the deadly Luastrian smugglers, Varen is armed only with his fist and magic.

How can they escape a flock of deadly killers?

You have to read this exciting, fantasy adventure to find out!

The Heart of What Was Lost

The Storm King has fallen. The Norns have been defeated. And now Duke Isgrimnur, under the commands of the newly crowned King Seomon and Queen Miramele, seeks to end the threat of the dark and immortal race of fairies once and for all. After the misery they and their Queen caused to Osten Ard in the events of the Memory, Sorrow and Thorn trilogy. With them travels two Predurinese mercenaries, men far from home and thrust back into another war.

Viyeki is a Norn builder, fleeing north with the remnant of his people who survived the battle at the Hayholt. Hunted by Duke Isgrimnur’s army, seeing little hope for survival, they prepare to defend their people’s mountain fastness against the mortals. But the Norns stand at a crossroads: do they die in a hopeless standa against the mortals, or do they find a way to survive?

And will the mortals even let them?

The fate of an immortal race hangs in the balance as they pay the price for the crimes of their Queen. The Heart of What Was Lost is a fascinating story, diving into the culture of the “evil” race from the original trilogy, showing their character, the arrogance that has led to their disdain of humans, the scores of vengeance they remember inflicted upon them by men long dead, and their obsession with the past. With what was lost.

Like most fantasy series, Tad Williams ended his with the Norns defeated and assumed by the readers to be finished. But by returning to them, he has a chance of showing us a side to his enemies, to give them a chance to grow and change and learn from their mistakes. Or to cling to the past and fall into extinction.

Fans of Williams work, especially his Memory, Sorrow, and Thorn trilogy, need to read this book. I have a feeling it sets up his new sequel series just debuting wonderfully. It is a great Fantasy read about the clash of cultures and the weariness of war upon the soul.

You can buy The Heart of What Was Lost from Amazon! 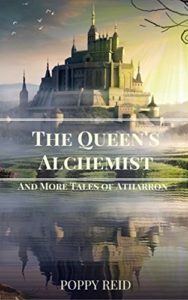 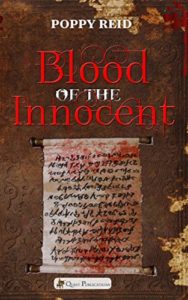 Villid the Tyran is on a quest to bring all the people of Theldiniya together to face the threat of the Drakma and the Red Lands. Separated from his pregnant lover, Aya the Elf, he hopes to complete his mission to the Vryna and the Dwarves, to recruit their people for the cause.

But the Vryna and the Dwarves have their own problems. Villid will have to prove himself in the arena. With the aid of Pearla and Stenn, a Vryna and Dwarf, he will have to show the warring races who their true enemy is.

While Villid is away, his lover is in danger. She carries a child of two different bloods, a child that could fulfill a dark prophecy. And the Drakma knows it. Villid will have to face tough decisions to protect Theldiniya and the elf he loves.

Blood of the Innocent is a great follow up to Blood of the Fallen. Reid raises the stakes in this story, building on the plot with plenty of new twists to reveal. New characters are introduced and the story rushes forward, keeping you turning the page. If you’re a fan of Fantasy, the Blood Scroll series is a great adventure. The ending kept me on the edge of my seat and I am eagerly awaiting the final book to read how this all ends.

You can by Blood of the Innocent from Amazon!